On several occasions during my childhood, I was scolded by my parents for spending too much time on the computer and video games; saying that, it was a waste of time and that I should do more productive things.

Who would have thought that after a few decades later; there are people making thousands of dollars every month with video games?

Without a doubt, this industry today has become a millionaire business. Not only for those who create video games but also for those who enjoy playing them professionally.

There are already some universities that offer study plans related to the video game industry. Most of them are engineering companies that intend to launch new creators that take advantage of this trend.

But that’s not the only way to capitalize on this trending industry.

How to take advantage of this growing industry?

There are several ways you can capitalize on the video game industry. You don’t necessarily need to be an excellent developer or have your own development studio to take advantage of it.
At present, the alternatives have expanded. Thanks to YouTube and the fact; that Gaming has become a sport that is capable of great profit to those who practice it professionally.

In fact, video games on mobile devices represent about 50% of this industry. Computer games and consoles share the rest of the percentage.
An important part of the success of video games in the last decade; has to do with the increase in the sale of smart devices among which are mobile phones and tablets.

YouTube has become the second search engine with more users on the Internet. This has allowed many content creators to be widely recognized, even reaching millions of subscribers.

Some of these YouTubers have become famous due to their gameplays, which are the recordings of their game matches.
Channels with this approach, such as jacksepticeye has reached over 25 million subscribers.

The advertising that appears in their videos generate earnings of thousands of dollars each month.

A few years ago, it would have been unreasonable to think that playing video games would be considered a sport; today, it is a reality.
Professional video game players, recognized as athletes throughout the world. Some of them even earn millions of dollars by doing this activity.

Despite the fact that considering video games to be a “sport” is still a matter of debate. This activity is having a very rapid growth. Many countries even have their representative teams.
As in traditional sports, eSports also have regulations and require many hours of training and planning. A professional gamer spends up to 12 hours straight in front of the screen.

Sponsorship is the key part of professional player earnings.

The winners of international competitions, highly recognized, allowing large brands to invest in them.

Some of the biggest competitions today are; The International Dota 2 Championship, the Call of Duty Championship and the League of Legends World Championships.

Around 10 million dollars in prizes, is in distribution during these competitions; sponsors everywhere are added.

Video game creation is the most basic way to generate profit from this industry.
Most of the computer and console games; are the creation by some of the largest and most recognized studios in the world. Since, they usually require a considerable investment of money and human capital.

Some of these companies are also investing in the creation of games for mobile devices; although in this section, there is more opportunity for independent creators and small studios.

As in almost any product, there is no certainty that a game will be successful. So the most common thing is that; these entrepreneurs generate dozens or hundreds of proposals to achieve that some of them achieve great success.

The video game industry’s growth is in leaps and bounds. Virtual and augmented reality, monthly subscription for online games; and innovation in the ways of playing have made this business more profitable than music or movies.

If you are passionate about video games; it is the right time for you to see how you can capitalize on this trend.

Basics of Cryptocurrency and blockchain technology 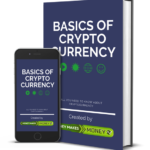